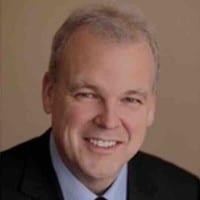 Esperanto Technologies Inc., developer of high-performance, energy-efficient computing solutions for Artificial Intelligence (AI) and Machine Learning (ML) applications based on the open standard RISC-V instruction set architecture, has appointed Martin Fink to its Board of Directors.

Fink has long been a champion of RISC-V solutions, a member and frequent speaker at the RISC-V Foundation since 2017. He is a respected and valuable player in the ecosystem, to Esperanto’s advantage. RISC-V represents a free and open ISA, enabling a new era of processor innovation through open standard collaboration. Born in academia and research, RISC-V ISA delivers a new level of free, extensible software and hardware freedom on architecture, paving the way for the next 50 years of computing design and innovation.

Fink most recently served as Western Digital Corp. chief technology officer (CTO). Previously, he was CTO and director of HP Labs at Hewlett Packard Enterprise. Fink worked in a wide range of business and technology leadership roles during his 30-year career at HP/HPE. Prior to being named CTO and director of HP Labs at HPE in 2012, he was senior vice president and general manager of Business Critical Systems (BCS) for HP’s Enterprise, Storage and Servers (ESS) business unit. He previously led HP’s Open Source and Linux Organization and the NonStop Enterprise Division. Fink is a graduate of Loyalist College in Ontario, Canada, where he studied electronics engineering and holds an MBA from Colorado State University. He is also a co-inventor on two patents.

“Martin is a respected technologist and a leading voice on the value and promise of RISC-V based designs, and will help accelerate our continued innovation and expansion,” said Art Swift, president and CEO of Esperanto.

Fink joins Dave Ditzel, Chairman and Founder; Art Swift, President and CEO; Geoffrey Baehr of Almaz Capital; and Tong Xie of Decent Capital on the Esperanto Technologies Board of Directors.